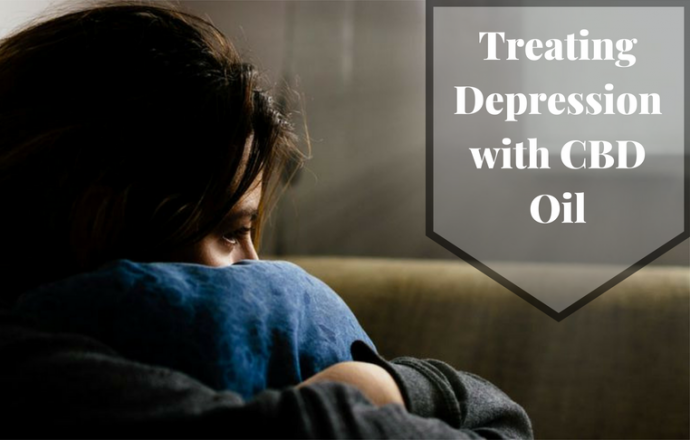 One in 15 Americans has depression. At least one in six will succumb to it at some time or another in their lives. These are not pie-in-the-sky statistics. They come from the American Psychiatric Association directly. Everyone knows someone with this condition, and if you have it personally or live with somebody who does, then you will know firsthand just how debilitating it can be.

Depression is a mental condition that presents physical symptoms. It can be predisposed, meaning you were born with it, or it can be the result of a traumatic or unfortunate event. The causes of depression are still under study, but regardless, the symptoms are the same. Sufferers are sad. They have no interest in anything. They take no pleasure in hobbies anymore. They have difficulty eating and sleeping.

There are feelings of worthlessness, a lack of energy. Depression can make thinking clearly difficult, and sufferers have trouble concentrating and making rational decisions. While neurochemistry is a crucial factor, many scientists believe it a chemical imbalance in the brain. Psychology Today argues that, “Regarding depression as ‘just’ a chemical imbalance wildly misconstrues the disorder.”

However, professionals do agree that during depression, neurotransmitter, or brain chemical, levels are low, but once again, this is merely a symptom, not a cause. Depression affects two neurotransmitters the most: serotonin and dopamine. These neurotransmitters are directly responsible for the symptoms, such as feeling down, disinterest, sleeping troubles, and others.

Because factors such as stress, mental state, exercise, and diet affect serotonin and dopamine levels, scientists know that depression reduces the transmission of these neurotransmitters as well. This is where cannabidiol, or CBD, is its most effective when it comes to treating it. Fortunately, more and more people are turning to CBD oil instead of swallowing dangerous and addictive antidepressants.

The best CBD oil offers a natural alternative to alleviating the debilitating symptoms of this condition. Although CBD does not promise a cure for depression, it does make the issue easier to live with. Studies show CBD interacting with the endocannabinoid system, a complex network of cell receptors and endocannabinoids, or agonists, produced naturally in the human body.

Much evidence already exists to explain the role of the endocannabinoid system in regulating essential human functions, including pain perception, mood, appetite, sleep, pleasure, and so, so much more. So how does CBD oil affect this system to mitigate the symptoms of depression? A growing body of scientific evidence provides a few answers.

The Effect of CBD on Depression

Tetrahydrocannabinol, or THC, is another, much more famous cannabinoid. Unlike THC, however, which is psychoactive and responsible for the “high” associated with cannabis, CBD is non-psychoactive and interacts with endocannabinoid receptors in a different, more indirect way. Additionally, and uniquely, CBD interacts directly with other receptors too, including those for dopamine and serotonin.

When ingested, CBD oil can influence brain activity. One effect of this is that it stimulates the release of serotonin and dopamine throughout the body. Two studies recently discovered this. One, conducted in 2011 while analyzing the modulation of serotonin in endocannabinoid signaling, found “ample evidence that endocannabinoids are important regulators of stress responses.”

This leads scientists to conclude that, during depression, phytocannabinoids, or those found in plants, such as CBD, are able to regulate your response to stress. Another study, led by Jose Alexandre Crippa and colleagues at King’s College in London and the University of Sao Paolo in Brazil found that, at high levels, CBD reduces anxiety by directly activating the 5-TH1A, or hydroxytryptamine, serotonin receptor.

CBD treats depression by managing its symptoms. It works no matter how you consume it. The best CBD oil is suitable for smoking, either by adding it to joints or cigarettes or by vaping it. You can take it sublingually, by dripping a drop or two under the tongue. You can also add it to your food or drinks if you do not enjoy the taste of the oil. Most people prefer to mix it with something tastier.

Where to Buy CBD Oil For Depression Online?

You can find an abundance of high quality CBD oil online. Most come with droppers to make dosing as easy as possible. However, it is important to note that not all contain the same concentrations of cannabidiol extract. Some are more potent than others are, and finding the one best for you will take some experimenting. If you buy CBD oil online, then can find coupons galore to save you some money.

Author: Camilla Morgan is a blogger by profession with 5 years of experience. She is associated with CBD Safe and selling pure Cannabidiol & Best CBD oil products in the USA. She is an admirer of sharing her innovative ideas with others on the Wellness for Mind and Body.

How to sensibly buy LEGAL cbd oil? Because I got a letter saying customs has confiscated my package two times already and I’m pissed.
Reply
Jason

Hi Emily. Where are you located?
Reply