Vaping For Anxiety: Can It Really Help? 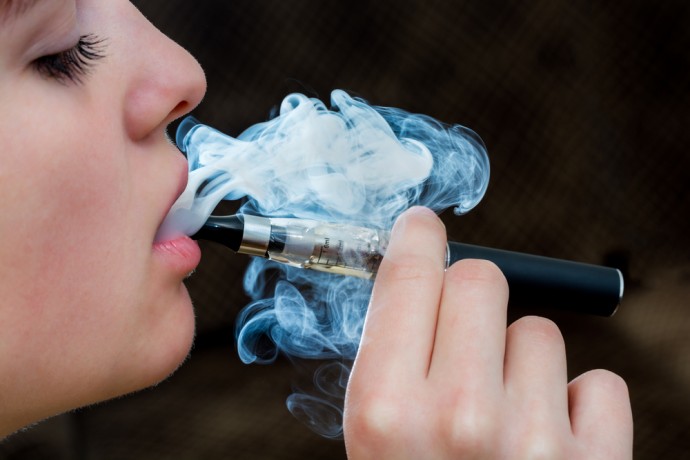 Even though vaping has been around for centuries, it seems to have been gaining real momentum in the past couple of decades. While many resources say that vaping is better than smoking, does it have any substantial benefits? Many people are vaping for anxiety to subside. This method has become common because smokers believe using nicotine for anxiety helps. Is it really true? Let’s take a closer look.

Even though it may seem to a smoker that a cigarette relieves his or her anxiety, several studies have shown just the opposite. In fact, the risk of developing an anxiety disorder for a smoker is much higher than for an average nonsmoker.

The simple way to avoid anxiety is to quit smoking. However, most smokers can’t even consider such an option. They don’t correlate nicotine and panic attacks, believing they are caused by something else. However, the cold facts are hard to avoid. The 2000 study, published in the Journal of the American Medical Association, showed that smoking at least a pack of regular cigarettes a day increases the chances of developing a panic attack disorder by 12 times and an anxiety disorder by 5 times.

Thankfully, there is a way out. Switching from smoking to vaping reduces the symptoms of anxiety and alleviates panic disorders caused by the nicotine. Vaping and anxiety are also connected. But their correlation is much more pleasant than for nicotine and anxiety.

Why Does Vaping Help With Anxiety While Nicotine Doesn’t?

The reasons why nicotine causes anxiety and panic disorders are not fully understood. The majority of current theories have to do with carbon monoxide and other chemicals contained in a cigarette. The chemicals lead to respiratory disorders, which in turn may trigger anxiety and panic attacks that are often associated with shortness of breath and the feeling of suffocation.

Nicotine acts as a stimulant so the tobacco smoke induces airway resistance and other respiratory problems. At the same time, tobacco can cause sleeping problems. The sleep deprivation coupled with shortness of breath may lead to stress, anxiety, and panic. Vaping doesn’t cause any of the above problems. That’s why there is no evidence of vaping causing anxiety at the moment.

Researches from UCSD conducted a survey of American smoking habits. They found out that almost 15% of the respondents suffering from mental health disorders have tried vaping. Meanwhile, only 6.6% of people without mental disorders did the same.

Can Vaping Cause Anxiety?

The only way vaping can cause anxiety is to become an indirect trigger of an attack. Usually, anxiety attacks happen when a person feels that something is not right. Vaping can increase the heart rate and make the vaper feel unusual. This can inadvertently cause an anxiety attack. However, if you’ve never suffered from mental conditions, such as depression and anxiety, vaping can’t become their cause.

Some people may deem Vaping expensive and worrying about the cost can also trigger anxiety. However, there are ways to save on the vaping products, such as a vape subscription boxes.

If you suffer from depression, anxiety, and panic attacks, it’s important to study the side effects of vaping in order not to panic when you feel certain changes in your condition. Important: Vaping can accidentally trigger an existing mental condition but can’t cause it.

Does Vaping Help With Stress?

One of the most common questions about vaping is whether it helps with stress. Yes, it does. Vaping helps you relax and fight stress. In most cases, the stress is caused by the lack of vaping in the first place. Meaning, if you have a certain addiction, being left without the substance can make you feel aggravated. This works in the same manner for cigarettes, vaping, and even sex.

Vaping also offers certain relaxation to your body and mind. That’s why it often becomes one of the tools used to fight anxiety and depression.

When I smoked I had a healthy social life, lots of relationships & was a much less anxious person. I haven’t gone back to cigarettes & I don’t vape but to say nicotine worsens anxiety is absolute horseshit.
Reply
Amelia Saam

It helps it at first. After awhile, your anxiety increases. Provided you are having withdrawl effects and other things.
Reply
Amelia Saam

Though, you may not of had enough anxiety to trigger it.
Reply
lucas

i agree you are write it is complty bullshit
Reply
Rob

I agree w/ your point. Nicotine seems to have a mood-stabilizing effect, or at least it does for me. I switched to vaping just over half of a year ago in order to quit smoking, because the nicotine seems to help me w/ my depression, mood, and anxiety, meanwhile I didn’t want to continue wrecking my lungs.

As a result, my lungs are doing much better, and I don’t feel sickly anymore.
Reply
mom

vaping still affects your lungs — my understanding is even more so than smoking. Do the research!
Reply
no

I don't understand this article… vaping could mean vaping with or without nicotine, but they don't make the distinction which they are talking about. If there's no nicotine content (or anything else like CBD/THC) then the only ingredients are vegetable glyrerine, propylene glycol, and flavoring. However a lot of people vape with nicotine content. So just saying «vaping» does not necessarily mean nicotine-free. Very misleading article.
Reply
Amelia Saam

That is true. I was thinking the same thing. However, they are talking about vaping without nictotine. There's a spot where it tells you they are refering to no nicotine. And a few other spots as hints.

I just wish they talked about Diacetyl, slightly for those who are afraid of health issues in vaping.
Reply
Shelbie

I have super bad anxiety so after a small amount of research I decided to try it and hope it would work. I noticed that I have been less anxious and have had no lash outs or panic attacks since.
Reply
Kim

Do you use nicotine on your vape?
Reply
vanessa

It does help fight social anxiety disorder when I suffer from just having the vape pen in my hand makes me feel safe like a security blanket without it I get anxious I feel like I'm backed into a corner and I can't breathe.
Reply
red

i have found vaping to give me anxiety and depression. funny thing is, even though it makes me feel bad, i still crave it. i am going to try quitting because it is making me feel awful. i notice the depression lessens the longer i go without hitting my juul.
Reply
Viktor

I believe vaping nicotine helps with my anxiety. It does have mood stabilising effects on me, no feeling of being high, just releasing stress.

One study which I find particularly interesting found that chronic administration of nicotine reverses hypofrontality. Hypofrontality is associated with anxiety, depression, ADHD and schitzophrenia. It's a lack of activity in prefrontal cortex — part of brain responsible for emotional regulation.

I find it at most to be habit forming, maybe dependence forming but not addictive.

Therefore I believe nicotine is a medicine, not a drug. But I'm still little afraid of long term effects.
Reply
Misssy2

I must have the same receptors you do..because vaping relaxes me...and I want to look up «hypofrontality» because I have frontal temporal dementia and I think the vape helps me relax where the cigs get me very hyped up.

I vaped intensely for about a year. I then developed panic attacks and anxiety disorder. I was perfectly healthy and now I'm afraid to spend time with family. I'm constantly afraid of nothing and feeling only at ease with my girlfriend who I feel bad for for having to deal with a mental mess of a man. Dont vape. Dont do it. Anxiety disorder has changed my life forever.
Reply
Diqhed Shlangman

«In most cases, the stress is caused by the lack of vaping in the first place. Meaning, if you have a certain addiction, being left without the substance can make you feel aggravated. This works in the same manner for cigarettes, vaping, and even sex.»

Whoever wrote this article is extremely stupid. That was poorly articulated.
Reply
Blah