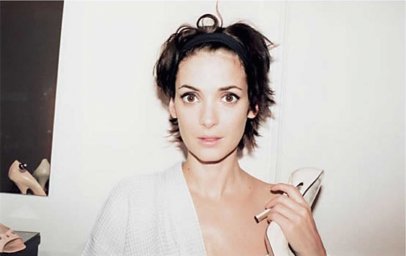 Winona Ryder is tired of the shame women with depression and anxiety receive. She has a lot to say. Winona Ryder is back in the spotlight thanks to her Netflix series “Stranger Things”.

The Stranger Things actress recently sat down with New York Magazine to share her thoughts on how far she has come since the days she first opened up about her anxiety and depression decades ago.

No shame in depression and anxiety

“I’m so sick of people shaming women for being sensitive or vulnerable. It’s so bizarre to me,” she spoke frankly.

The ’90s icon has weathered a difficult public image that only got tougher following her 2001 arrest for shoplifting.

“I remember I did Diane Sawyer, and I talked about my experiences with anxiety and depression,” Ryder told The Cut in a new interview. “And I think by doing that, maybe coupled with my physical size, there’s this ‘crazy’ thing. And I’ve realized recently it’s literally impossible to try and change that story.”

Being supersensitive is OK

“I wish I could unknow this, but there is a perception of me that I’m supersensitive and fragile. And I am supersensitive, and I don’t think that that’s a bad thing. To do what I do, I have to remain open.”

Her honesty and frankness has led her to reach for her role as a mother frustrated with life after her young son goes missing in “Stranger Things”. Her role has even resulted in underhanded commentary she’s had to combat.

Ryder added, “There’s a line in the show where someone says [of her Stranger Things character], ‘She’s had anxiety problems in the past.’ A lot of people picked up on that, like, ‘Oh, you know, she’s crazy.’ And I’m like, ‘Okay, wait a second, she’s struggling.’ Two kids, deadbeat dad, working her ass off. Who wouldn’t be anxious?”

Depression is very tough to detect sometimes. I know personally for me I wasn't able to properly express how I was feeling at the beginning. I wasn't sure if what I had was depression because I hadn't yet been properly diagnosed. I think it's important to talk to a therapist in order to help you figure things out. I also had problems dealing with my anxiety problem. I actually wrote an article «how to deal with stress and anxiety» about a few things I learnt to do to help me.
Reply
AnxietyPanda

Winona is not only beautiful, she is an incredible inspiration for all human beings, young or old.
I LOVE how she fought to get the movie out for Girl, Interrupted. Yes, a lot of girls, women, men, children, people in general do deal with all these anxieties, but stigma has caused them to keep all their feelings inside… This is when people start losing their marbles for real…
The fact that she is willing to put her darker side in the spotlight, in order to help others going through similar, makes her extremely selfless and a hero in my eyes.
Reply