What You Need to Know About Depression and Anxiety 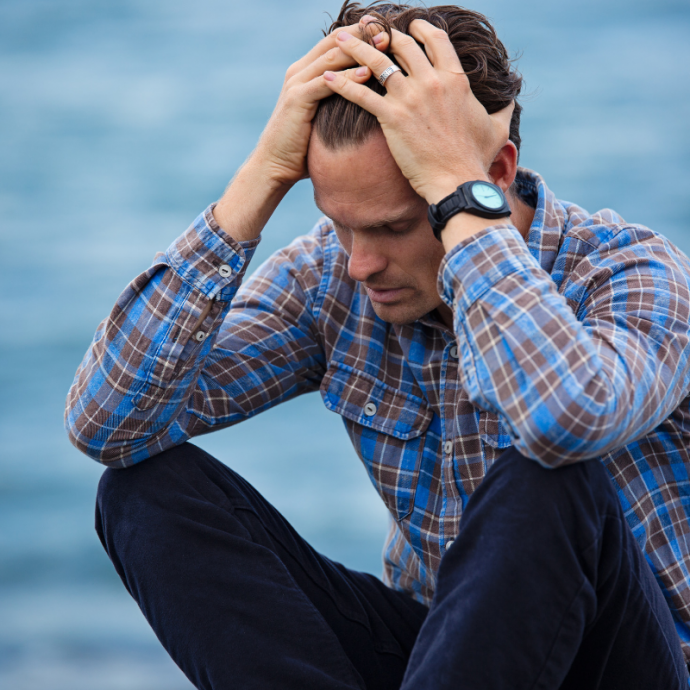 Anxiety and depression have overlapping symptoms that make it difficult to distinguish one from the other. The blurred line between both conditions baffles the best mental health experts, while patients suffer from such ambiguity primarily due to individualized approach of disease treatment even for mental illnesses, which can be too much to handle. Depression and anxiety are placed beside one another in the DSM-5 (Diagnostic and Statistical Manual for Mental Disorders – Fifth Edition) because of their similarities, yet they are categorically different, and there are recognizable factors to prove it.

One is the emotions associated with each condition. Depression is characterized by low and down emotions such as despair, loneliness, and hopelessness. Anxiety, on the other hand, deals with hyper emotions, such as panic and extreme fear. For people with anxiety disorder, there is an unexplained and severe fear of a threat, despite its non-existence. Both conditions interfere with day to day life and activities and can be life-threatening if not treated immediately.

Are Depression and anxiety the same and are they related?

Mental health professionals regard depression and anxiety as two different entities, although they are biologically “heads and tails” of a single coin. Both are essentially a result of the body’s stress mechanism system on a hyper-drive, with patients experiencing what should be normal responses or reactions to life events and issues in an overrated manner. Anxiety and depression are both results of anomalies in the following systems of the brain:

The brain’s chief officer that is involved in the organ’s decision-making processes. It has control in suppressing memories and other brain systems that trigger fear, especially those that can trigger fear and stress.

The brain’s center of emotions, this system is responsible for what we feel, including fear. The parts of the brain belonging in this system that are found to have anomalous activities in cases of depression and anxiety are the hippocampus and the amygdala. The amygdala activates when a person experiences emotionally charged situations, including a recall of frightening memories. The hippocampus plays a key role in recollecting long-term memories. When faced with a situation that is similar to a memory when a certain fear was triggered or started, both the hippocampus and amygdala are activated.

The system that is responsible for setting the brain’s level of idleness or anxiety. For depressed people, the Basal Anglia leans more on sluggishness or incapacitated state.

Symptoms like nausea, breathing difficulties, drastic weight changes, and suicide risks are occurrent in both conditions. The coping styles of people suffering from depression and anxiety might look different, but in a nutshell, both are driven by a desire to avoid what they fear or what makes them uncomfortable. While patients with chronic depression prefer isolation, people with anxiety disorder take the “flight option.”

Anxiety and depression also wreak havoc to moods. Mood disorders are said to be a result of imbalances of neurons and other biochemicals in the brain. Abnormal levels of brain biochemicals may trigger depression or anxiety, or both.

Are depression and anxiety medications the same?

Common antidepressants such as selective serotonin reuptake inhibitors (SSRIs) are proven to be effective in curbing several types of anxiety disorder, including social phobia and panic. Medicinal approach to treatment is commonly individualized (one drug/set of drugs to one symptom/set of symptoms), and largely dependent on patients’ drug tolerance. Added to the fact that antidepressant drugs may take a few to several months before showing effects, there is still the “chicken and egg” debate looming over anxiety and depression.

In many cases, depression is an inevitable by-product of the draining impact of severe anxiety. Logically, treating anxiety first will eventually remove depression out of the picture. Likewise, there are instances of depression being too debilitating that it needs to be resolved first before treating anxiety. Hence, appropriate drug treatment for anxiety and depression can only be revealed by trial and error.

The limitations of medications establish the crucial role of behavioral therapy in treating mental illnesses simultaneously. For instance, cognitive behavioral therapy (CBT) is recommended by many experts due to its effectiveness in treating both depression and anxiety at the same time. Provided that the therapy is done correctly, CBT has 80-90% success rate in treating patients.

The CBT method for treating depression and anxiety varies based on the nature of emotions associated with each illness. Anxiety treatment involves minimization of avoidant behavior upon exposure to factors that trigger heightened fear. For depression, the goal is to eliminate negative feelings and promote positive emotions instead. Both conditions require lifestyle changes, such as healthy and balanced diet, regular meditation and exercise, improved sleep, and stress reduction, to get treated.

Are depression and anxiety genetic and hereditary?

The environmental impact is a permanent factor in the development of mental illnesses. The world outside is a dynamic beast, and our interaction with it significantly affects our biology and evolution-driven adaptation. Studies found that technology, commercialization, and consumption trigger behaviors, emotions, and thoughts that increase the risks of developing depression and anxiety disorder.

Genetics is as major a culprit as our environment. Depression and anxiety disorder, like any physiological illness, may be hereditary. A British-led study found that a particular genetic material known as chromosome 3p25-26 occurs in 800 families who reported recurrent depression. A person with a family history of anxiety disorder is highly likely to have it as well. Other factors that affect one’s risks of having depression or anxiety are gender, age, and lifestyle. In one study, hereditary depression was found to have a probable occurrence of 42% and 29% in women and men, respectively.

Can depression cause anxiety?

In most cases, anxiety precedes depression by many years. Anxiety may develop during the younger years and is very unlikely to be outgrown without proper treatment. The draining impact of the disorder typically leads to depression from early adulthood to elderly age. There are cases, however, which describe the occurrence of anxiety and depression in one person as “a cat chasing its tail”, because one leads to another, and then back again. Depressive disorder can also result in severe anxiety if the person has reached a debilitating state, wherein he/she cannot function normally even with the most mundane tasks, and his/her negative feelings grow into uncontrollable fears of the unknown.

When do depression and anxiety occur together?

There are many cases of comorbid occurrence of anxiety and depression. One study reveals that 85% of major depression cases simultaneously occur with anxiety disorder. Another study concludes that 92% of patients with suicidal tendencies due to depression suffer from severe anxiety as well. Medical surveys show that 50% of people with chronic anxiety also develop clinical depression. Depression and anxiety in one body is a recipe for disaster. The symptoms in such cases were reportedly worse than when plagued by either depression or anxiety alone.