What is bipolar depression? 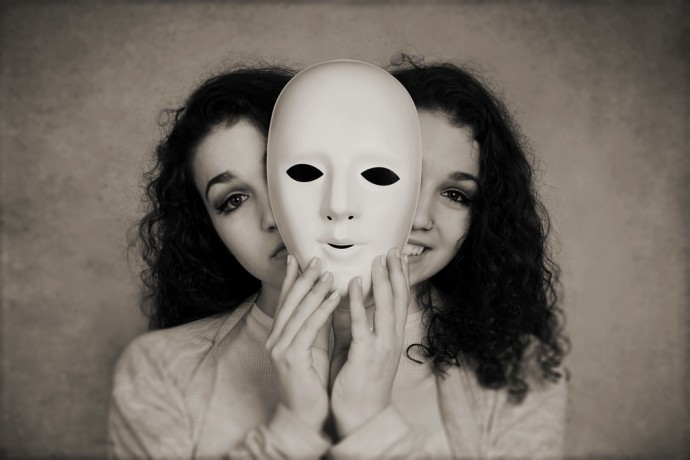 Depression has been given much publicity recently and it’s slowly ceasing to be a taboo subject. But every now and again we hear about bipolar depression, which is more of a mystery to the general public. Maybe you’ve just been diagnosed with it and you’re desperate to learn as much as possible about your condition, or maybe you’re worried about a friend or a family member, wondering what lies ahead of you both. So let’s start from the very beginning; what is bipolar disorder?

What is bipolar disorder?

Bipolar disorder (previously known as manic-depressive illness) is a chronic mental illness characterised by alternating episodes of depression and mania. The life of a person suffering from this condition is thus an emotional roller-coaster; at one time they are hyperactive and impulsive, at other times - they feel too weak to leave the bed before 3 pm. This significantly impacts their day-to-day existence, relationships, and professional life, making it impossible to function normally. Unfortunately, bipolar disorder is still underdiagnosed, and people suffering from itare often blamed for their behaviour. Family and friends simply don’t understand why somebody should act in such an unpredictable manner, hurting themselves and others. Let’s not be so quick to judge such a person; they are often unable to control themselves and are not doing anything on purpose. The good news is, if you’ve got this condition and are already aware of it, you’ve just made the first step towards a more hopeful future.

Who is at greatest risk of bipolar?

Both men and women from any ethnic group can be affected by this disorder. However, it is usually diagnosed in young adults aged twenty to thirty. The causes of bipolar disorder have not been fully determined but it is believed that it results from a number of biological and environmental problems, such as a toxic family home or the death of a close person. However, it is said there is a genetic component to this condition as well.

In bipolar disorder, depression phases are usually longer than mania phases. They can last from 6 to 9 months. The symptoms of bipolar depression include:

During a depression episode, the person is usually constantly tired. They find it difficult to perform daily tasks such as hygiene rituals or household chores, or even getting out of bed in the morning.

Bipolar depression causes decreased appetite. Even your favourite foods may lose their appeal. In extreme cases, a complete loss of appetite occurs.

You find it hard to concentrate, which, combined with fatigue, is a serious threat to your work or studies. It often happens that people suffering from this condition stop coming to work or drop out of uni.

This is partly linked with lack of energy, and looks like pure laziness or lack of good will to the outside world. Having no hope nor motivation to change anything, the person becomes the victim of the condition.

Even though you’re tired, you can’t sleep. Sleep loss exacerbates fatigue, and the person falls into a vicious circle.

Decreased libido is another symptom of bipolar depression, which can lead to emotional side effects and negatively impact the relationship with a partner.

Many people suffering from this condition often describe the depression phase as a period in which they feel nothing. They feel completely empty inside.

Bipolar disorder is linked with a huge risk of suicide. It is estimated that people with undiagnosed, and therefore untreated bipolar disorder are 6 times more likely to commit suicide than those who take medication.

You may ask, how is it different from “ordinary” depression? How can I know if I suffer from depression or bipolar disorder? There are a few signals to watch out for.

In bipolar disorder, depression episodes are longer and more severe than in the case of ordinary depression.

People suffering from this condition do not respond well to antidepressants - they are less effective in their case.

Bipolar disorder is still underdiagnosed, partly because people usually seek help in the depression phase and fail to inform the psychiatrist about their episodes of mania. The reason is simple; they don’t consider mania phases as a problem. During that time, they have a lot of energy, they think clearly, bursting with new, exciting ideas. They don’t notice that their mood is inadequately high, that they make unreasonable or even dangerous choices, that they are impatient and at times aggressive. However, this shouldn’t be ignored as it is the presence of manic episodes that differentiates between depression and bipolar depression.

Have there been periods in your life (lasting at least for a couple of days) in which you:

The more of these points apply to you, the more likely it is that you suffer from bipolar disorder. It’s important to note that the mania phase is extremely dangerous; in the state of unhealthy euphoria you may need hardly sleep at all and feel great, but at the end of the day you end up with huge energy losses. In extreme cases, you may even die of exhaustion.

How to treat bipolar depression?

As for today, bipolar disorder is believed to be incurable, and all doctors can do is alleviate its symptoms. There are two courses of treatment that are usually followed.

It is currently the base of any treatment for bipolar. Patients should be under the care of a psychiatrist and are usually given two types of medications:

In some cases, additional drugs are given, for example typical antidepressants during the depression phase or sleeping pills for the mania phase.

What should you know about bipolar medications?

There are a few things you should bear in mind:

Psychotherapy can be a complementary course of treatment. Having bipolar disorder may feel like a lot of weight on your shoulders, and a good psychotherapist will help you to feel lighter and accept your condition. Acceptance is the first step to living a normal life, because you can live a normal life with bipolar disorder. You can also join a support group and see how others deal with their situation. If you’re addicted to medications/other substances, psychotherapy will help you ditch your addiction.

What if I feel medications and psychotherapy are not enough? There are some natural remedies you can try implementing:

Common sense and self-care are the basis of well-being, whether in the case of a healthy person or someone suffering from bipolar disorder. As has been mentioned earlier, with the right help you can live a normal life, with healthy relationships and an enjoyable career.