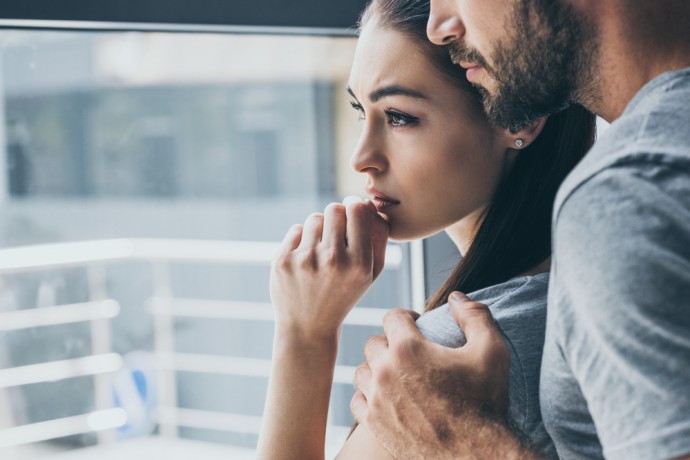 Sadness, distress, and hopelessness are natural responses to negative circumstances we encounter in our lives. They are perfectly normal, and the inherent tenacity of the mind and heart can easily overcome them after a while. Being trapped in these negative emotions for a long time, however, without any glimpse of light at the end of a dark tunnel, is a much more serious scenario that may require clinical intervention and treatment. Extreme sadness, unending hopelessness, and complete loss of interest to anything or anyone, to such point, that they completely and drastically alter the axes of a person’s life and relationships, are tell-tale signs of depression, a psychiatric disorder that can be fatal if not treated immediately. Depression and its severity vary based on different factors, including gender, experience or unique life phase/circumstances, prevalent health/mental condition, environment, family history, and age.

Search Your Feelings – Are You Experiencing Depression?

Unlike other illnesses that manifest as pain, physical difficulties, and other physiological debilitation, depression is primarily characterized by negative emotions that vary in severity and frequency. Feelings are not as tangible and easily linked to a serious health condition unless they satisfy the symptoms checklist for mental illnesses in the Diagnostic and Statistical Manual of Mental Disorders, a standard diagnostic tool used by the American Psychiatric Association. The most common signs associated with depression are:

Severe feelings of hopelessness limit a depressed person from seeking what made life worthwhile before being afflicted with depression. Career, relationships, and social life become unimportant because the person feels that everything will blow up in their face eventually, so there’s no use in making an effort. The hopeless and pessimist outlook in life often results in losing interest in everything altogether, including the most basic of needs, such as food, sleep, and work.

2. Lethargy and Lack of Energy

Tiredness and lack of energy are common indicators of serious health conditions such as anemia and certain cancers. People with depression also suffer from these symptoms, feeling fatigue and unexplained exhaustion despite not doing anything at all. The tiredness also manifests as sluggishness in both speech and movement.

The lack of energy to do things is not just a result of mental and emotional entities at play, but also an effect of biological retardation of the body systems and their processes, especially those related to chronic stress. Chronic stress releases hormones that reduce the brain’s intake of glucose and production of neurotransmitters, resulting in depressive symptoms, including fatigue and lethargy.

Procrastinating and reduced productivity are common to depressed people. Despite the effort to concentrate on tasks, even those as mundane as watching a TV show, and remember important people and events, losing the ability to focus and even the enthusiasm to do so becomes inevitable. This can particularly interfere with a person’s work and career. Consequent failures due to loss of productivity, confidence, and purpose in life fuel depression into a raging and more uncontrollable inferno, which can be very difficult to escape from.

A person suffering from depression may seek different outlets for their frustrations and negative emotions. One example is food. Depressed people may either binge on carbs and alcohol, or resist eating altogether to gain some relief from their condition. Either way, the drastic change in weight may result in insecurities and loss of self-esteem, which can worsen the negative emotions fueling a person’s depression.

Depression can wreak havoc in a person’s sleeping patterns, resulting in the development of insomnia, or the exact opposite. Depressed people tend to be restless, which often than not cause irregularities in their regular activities and body clock. Some become active at night, then sleep for very long hours throughout the day, but still wake up tired and agitated.

Negative emotions and their incapacitating consequences to a person’s life, activities, and relationships are more than enough reason to become irritable, easily angered, and prone to drastic mood swings. There are studies that link gender to the difference in moods associated with depression. For instance, men are more prone to resorting to anger and aggression when depressed, rather than sadness and isolation like most women, primarily due to society’s expectation based on gender. Men are expected to be less showy with their emotions, so it is difficult for them to release their frustrations through tears and words. They are also more susceptible to substance abuse when dealing with depression.

7. Unexplained Sadness and Feelings of Emptiness

It is difficult to enjoy even the simplest pleasures in life when suffering from depression. People with depression report feelings of emptiness, and difficulties in being happy. While everyone in the room is laughing and having a good time, depressed people may find themselves isolated and unable to find any reason to smile about.

8. Loss of Confidence and Self-Esteem

People suffering from depression find it difficult to integrate themselves to society, even in social circles that they previously belonged to. The inability to function normally like they used to, added to feelings of worthlessness, eventually reduces their confidence and self-esteem. Insecurities force depressed people to refuse eye or skin contact with other people, become socially awkward, and resort to isolation.

Depression can also manifest as health conditions that are easily distinguished due to their physical effects. Episodes of severe headaches and migraine, cramps, dizziness and nausea, anemia, allergies, and digestive problems that are not attributed to any kind of illness are some of the reported physiological symptoms of depression.

10. Reduced Quality of Life and Suicide

Depression can be debilitating enough to destroy a person’s life, relationships, and opportunities. The feelings of isolation, worthlessness, and severe sadness can eventually drive a person to question their purpose in life, and seek relief through drastic ways, including ending their own existence. It is not uncommon for depressed people to resort to substance abuse, which causes deterioration of both mind and body. Depression is like a chain of unfortunate events and negative emotions that occur simultaneously, or in sequence, culminating to its fatal aftermath, which is suicide.

How to Treat Depression?

The life-threatening nature of depression emphasizes the importance of diagnosing the condition early on and treating it accordingly. While there are cases of people recovering from depression on their own, there are also severe cases of depression that are synonymous to being trapped in a whirlpool or quicksand from which escape is impossible. Depression can occur in episodes, and recurrences are not uncommon. Science and alternative medicine have found ways to treat depression, although evidentiary support of their effectiveness varies. Some of the most common treatment methods are medication, psychological therapies, and alternative options such as meditation, and lifestyle improvement.

Medication is the most common treatment for depression, although the doctor’s prescription and guidance are strictly required prior to the use of any antidepressant. Antidepressants can pose adverse risks, including drastic mood swings and suicidal thoughts.

The most common medical therapies used to treat mild to severe depression are electroconvulsive therapy (ECT), interpersonal psychotherapy (IPT), and cognitive behavior therapy (CBT). ECT is the first option for therapy for severe cases of depression that need rapid action, especially if medication proves futile. The downside of this treatment is its significant harmful impacts to memory and cognition. IPT has been found to effectively tone down distress and prevent possible recurrence of depression upon continued use. The same enduring positive effects are found among patients with depression who chose CBT combined with medication as a mode of treatment.

There are scientific studies that link drugs and medical treatment technologies to adverse health risks. This is one of the major reasons why the alternative approach to the treatment of diseases gained acknowledgment as a possible cure or as support to conventional treatments. These alternative methods usually rely on holistic health or treating a part as a whole, to maintain optimum health, treat health problems, and build a stronger resistance to diseases. Most alternative treatments underline the role of living a healthy lifestyle in sickness prevention. Treating depression is no different. Yoga and meditation, for instance, have been found to improve moods, enhance memory, and relax both mind and body. Exercising and going outdoors help stray the mind from negative thoughts and tendencies. Healthy diet and lifestyle also promote sleep, positive disposition, and overall wellness.