Recognizing Depression: 6 Symptoms to Watch Out For 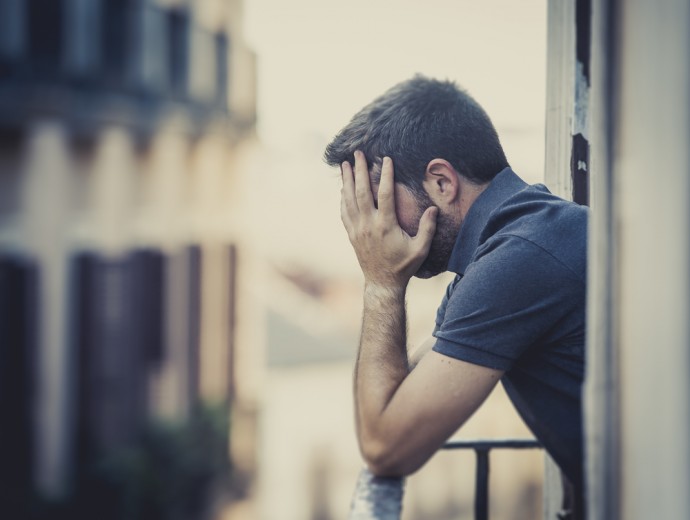 Did you know that nearly one out of 12 adults in the U.S. suffers from depression? It is now the most common mental health disorder in the country. Most likely, you know someone who suffers from it, whether it’s from your own family, your neighborhood, your office, or your church. Depression has become a global epidemic so much so that it is now the leading cause of illness and disability, as stated by the World Health Organization.

Most people know that depression is a serious societal problem. The deaths of beloved entertainer Robin Williams, musicians Chester Bennington and Chris Cornell, fashion mogul Kate Spade, and more recently, travel enthusiast Anthony Bourdain shocked so many people around the globe, leading several to ask questions like, “why did he kill himself?” Their passing has sparked broader conversations about mental health. By sharing personal stories about depression and attempts at suicide, many hope to raise awareness about the nature of these disorders.

Understanding is the first step one should make to dispel prejudices and to raise awareness for mental health.

Depression is a common and serious mental disorder that affects 300 million people worldwide. It is characterized by persistent and intense feelings of sadness and apathy. It can be immensely debilitating since those who suffer from it often find their condition consuming their daily existence. Severe symptoms of depression can affect how one feels and thinks. It also makes an impact on everything you do in your daily life, like how you sleep, eat and work.

Here are a few facts about depression:

It is a real medical condition.

Also called depressive disorder and clinical depression, it is a real illness. Most people go through it at difficult times in life, and it usually passes over time. But for many, snapping out of it is close to impossible. Nevertheless, depression doesn’t make any person weak. Most people who are depressed need the right treatment to get better.

It affects people in different ways.

Different people may not have similar symptoms of depression. Again, each case is unique. The frequency of these signs and their severity all depend on the condition of the individual. Apart from that, the stage of the illness can influence the symptoms that manifest.

It is more common among women than in men.

Biological and psychological factors are believed to be the reason behind the higher depression rates in women. For instance, women who’ve had hormonal and physical changes tend to be more vulnerable to mood disorders. After giving birth, these changes coupled with the responsibility of caring for a newborn might overwhelm new mothers and cause depressive episodes.

Even severe types of depressive disorders are treatable. Aside from medication, patients often go through psychotherapy or a combination of both. There are also cases where electroconvulsive therapy (ECT) and other brain stimulation therapies are used to tap into the area of the brain that controls moods to improve the symptoms of depression.

No one chooses to be depressed—children, teens, women (while pregnant or postpartum), or the elderly can all be affected by it. It can be triggered by certain events in one’s life or biological changes. But to be clear: it is not a normal part of aging.

What are the Signs of Depression?

Next to acknowledging that depression is an actual medical condition that keeps people from leading a normal life, recognizing the symptoms is crucial. Though the signs and symptoms of depression vary from person to person, there are common telltale indicators that can help you determine if someone is depressed.

Here are a few signs of depression that you might be overlooking:

Sadness is but a fragment of what one actually feels and goes through when depressed. Some people with depression often suffer from physical symptoms such as headaches and cramps. Low energy and frequent feelings of exhaustion may be other signs of depression.

If you or anyone you know have the following physical symptoms of depression for at least two weeks, you may have a mood disorder:

Having all sorts of aches and pains without a clear physical cause and which are aren’t relieved by treatment may be due to clinical depression. It’s important that you inform your doctor about such symptoms so you may be assessed properly. Taking notes of the time of day in which they occurred or how long they persisted may help medical professionals evaluate your condition.

If you suspect an older person has depression, encourage him or her to visit the doctor. Determining symptoms of depression in older adults may be difficult since the elderly appear to have all sorts of aches and more medical conditions. At times, the side effects of their medication could even contribute to a mood disorder. Vascular depression or arteriosclerotic depression, for instance, are common at this point in one’s life.

Research shows that a short fuse most often manifests as a symptom of depression in men. Irritability is frequently the result of men’s unhealthy coping strategies. Much like women, men go through feelings of sadness, hopelessness, and indifference. But the way they cope also brings about other signs of depression, such as:

These could be signs of depression in adult men, but they often go undetected because they can coincide with other mental health issues. Again, seeking professional help is the best step one could take to receive an accurate diagnosis as well as treatment.

Another age group that might manifest symptoms of irritability is the teens. While teenagers grapple with their identity and gender issues, bad tempers are pretty common. That makes it hard for observers to determine if the person is merely acting his or her age or is experiencing depression. But what you can do is take note of how long the symptoms occur and how severe they are. This way you can decide if you need to intervene or recommend medical help.

Situational apathy is normal. Everyone occasionally feels unmotivated to carry out daily tasks. But if a person’s lack of interest in one’s own self or life starts to affect their behavior or their capacity to accomplish activities, there could be an underlying cause.

Disinterest is a common symptom of depression. People who feel depressed may frequently find themselves disinterested in getting up and out of bed to work and socialize. The same goes for children who are depressed. They may make up excuses to get out of school, or they would simply refuse to go. Since normal behavior from one childhood stage to another could vary, it is often difficult to determine whether a child is going through a phase or is struggling with depression.

This behavior could lead to more serious conditions if it persists. People who are vulnerable often tend to push other people away, all the more increasing their risk of severe depression. By distancing themselves from people who could give love and support, they may find their ability to cope with such an illness crippled by apathy.

There is a close connection between heavy drinking and depression. Since alcohol is a depressant, it can easily set off feelings of depression. People who love binge drinking and who happen to be genetically predisposed to develop a mood disorder or are dealing with trauma are vulnerable to depression.

Drinking is fundamentally ingrained in our culture, which makes it harder to see it as a symptom of depression. If a person is having several drinks of alcohol for consecutive nights, it might have less to do with the rough day they had at work and more with what they are struggling with on a daily basis.

It’s not uncommon for people struggling with mental disorders to resort to drugs or alcohol. When people experience a combination of a mental health and a substance-use disorder, the appropriate term would be a co-occurring disorder or a dual diagnosis. People who suffer from mental health disorders are more prone to an alcohol- or substance-use disorder than a person without, as stated by the Substance Abuse and Mental Health Services Administration.

Illegal substances and alcohol aren’t the only go-tos for the depressed. Anything that a person does in excess may constitute as an addiction and could be linked to depression. It could be gambling or shopping. These days, excessive social media use is frequently linked to depression. For instance, there are studies that prove those who turn to the internet to socialize may be depressed.

This could easily be a sign of depression. People make several conscious decisions each day, most of which are no-brainers like when you decide whether to wake up or snooze the alarm, or choose between cereals or pancakes. But when you’re depressed, your cognitive processes are affected. Thus, you usually have trouble making up your mind over things that you normally don’t need to think twice about.

Indecision could also be a symptom of anxiety. Much like depression, it could hamper one’s ability to make decisions.

It’s normal to experience the aforementioned symptoms of depression every now and then. They are common reactions to what a person is going through in his or her life. However, if someone has been experiencing these symptoms for at least two weeks, that may be some form of a depressive disorder. Hence, learn to recognize the signs so you can save a life, be it a stranger’s, your friend’s, or your own.

There are different types of depressive disorders. It can range from mild, moderate to severe. Some may be triggered by certain circumstances in your life. Others could be triggered by biological or chemical changes in your brain.

People who have this depressive disorder may experience several symptoms and all of which can interfere with their ability to enjoy their daily lives. It affects how they eat, sleep, work, and more. A person may experience only a single episode in their lifetime, but most of the time, an individual will face several episodes.

Individuals who are diagnosed with this mood disorder may experience major depressive episodes. At times, less severe symptoms may manifest. However, these symptoms usually last for as long as two years.

This is one of several forms of depression that is triggered by unique circumstances. Individuals diagnosed with this mood disorder have severe depression and a form of psychosis. For instance, the person could experience delusions or hallucinations as well as the symptoms discussed.

A lot of moms who go through childbirth get the baby blues, but some face a more serious condition called postpartum depression. About 10-15% of women go through this mood disorder. Symptoms of this type of depression in women may show any time within the first year after childbirth.

Seasonal changes trigger this type of mood disorder. People who experience SAD have normal mental health for most of the year but face depressive episodes at the same time each year. It mostly occurs during winter months, but it usually lifts once the seasons change to spring and summer.

This mood disorder is different from that of depression. The latter, as you already know, is marked by emotional lows. The former, however, is characterized by extreme mood swings. Aside from episodes of depression, they may also go through periods of mania.

Do you know what the signs and symptoms of depression are? Are you aware of the different forms of depression? Learn all that you can about these mood disorders so you can identify the red flags and decipher whether you, a family member or a friend needs professional help.