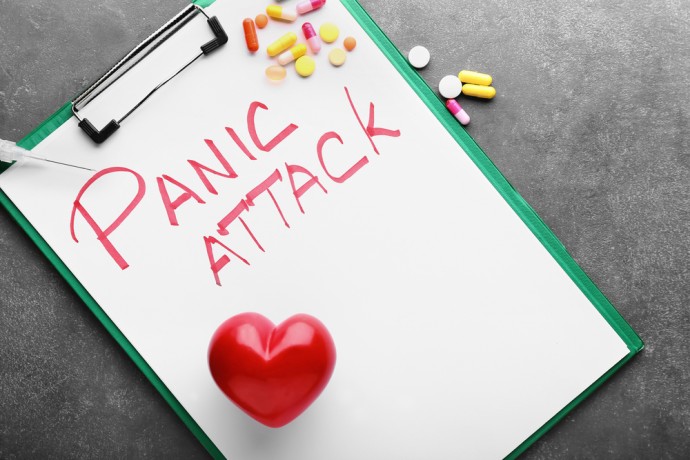 Severe palpitations? Breathlessness? Chest pains and heavy sweating? Experiencing these or more all at once can be very frightening. The chest pains, rapid heartbeats, and shortness of breath are often tell-tale signs of heart trouble, and if the person has not experienced panic attacks before, heart attack first comes to mind as the main culprit.

Confusing diagnosis between the two is perfectly understandable, primarily due to the overlapping symptoms, and the existing ambiguity in their medical diagnosis and determination of their possible precursors.

For instance, the prevalence of coronary heart diseases in a family may increase the risk of developing similar health condition later in life, which may also involve experiencing heart attack once or multiple times. On the other hand, pinpointing the exact precursor of panic attack is very difficult because it is spontaneous, and there are various factors that trigger sudden fear and anxiety in a person.

Regardless of the etiology of both health conditions, there is great importance in making clear and accurate diagnosis to differentiate one from the other and seek immediate medical attention if the person is indeed having a heart attack.

In this article, a closer look into the medical nature of panic and heart attacks will provide details on their differences and how to spot them, as well as study findings correlating panic disorder to heart attacks and eventual development of coronary heart diseases.

Panic attack is typically described as a sudden fear or anxiety that is triggered by various factors, such as traumatic events.

Despite its suddenness, most panic attacks last for only several minutes, usually 20 minutes tops, although there are cases of people experiencing the attack for more than an hour.

Aside from the symptoms previously mentioned, panic attacks are also characterized by severe body reactions such as nausea, abdominal discomfort, chills, and numbness.

Panic attacks may occur a few times in the whole lifetime of an individual, or they can frequently occur and develop into panic disorder, a type of mental condition known as anxiety disorder.

Fear of experiencing panic attacks add more weight to the severity of the condition, increasing the risk of developing the disorder. The psychiatric nature of panic disorder emphasizes the role and impacts of mental health and lifestyle activities to its development and evolution to a more debilitating state. Chronic stress for one wears out the brain and triggers high levels of distress and anxiety. There are scientific evidence linking ethnicity and gender to panic disorder. Medical evidence correlating genetics to development of panic disorder are tenuous at best, although personality, behavior, and temperament are considered as predisposing factors.

Heart attack (myocardial infarction) on the other hand is irrefutably a more distinct and known medical condition that is physically debilitating, and in worst case scenarios, highly lethal. The common reason for its occurrence is the blockage of the vessels that supply blood to the heart, causing irregular and rapid palpitations, chest pains, shortness of breath, and damage to heart muscles. The latter is a life-threatening case that might require immediate surgical operation. Heart attack may be an indicator of a serious health condition, such as diabetes and heart disease.

There are many factors that predispose a person to have a heart attack. Genetics and family history, as based on scientific studies, are significant factors that predetermine one’s risk of having a heart attack. Lifestyle and eating habits, particularly those that increase cholesterol to very high levels, enhance the buildup of plaques in the blood vessels. These plaques or cholesterol deposits cause blood clots when they burst, thus blocking the vessels and stopping the blood flow, and therefore the supply of both oxygen and nutrients, to the heart.

Perhaps the easiest basis for differentiating panic attack from a heart attack is by characterizing the type of chest pains normally associated with each.

For a panic attack, the chest pain usually lasts for mere seconds or very few minutes. Pain is localized to a certain spot, although it can be either relieved or worsened when changing positions.

The first sign of chest pain associated with a heart attack is its occurrence in not just one area. In fact, the pain is described as radiating or traveling, as it goes from the chest outward to the jaw, neck, arms, back, shoulders, and the abdomen. Unlike in panic attacks, chest pains when having a heart attack constantly worsens every second.

While medical studies are still collating evidence that will establish panic disorder as a significant precursor of heart attack and other coronary heart diseases, the complex yet irrefutable relationship between the mind and the heart provides a substantial subject for more research in the future.

Activities and substances that impact the brain can also affect the heart. For instance, chronic stress and the resulting frequent panic attacks increase glucose and cortisol levels, causing repetitive distress and overworked organs, especially the heart. Unhealthy coping mechanisms of people with panic disorder, such as smoking, binge eating, and heavy drinking, can also increase the risk of having a heart attack.

Finding the Cure: Medical Treatments for Panic and Heart Attacks

Severe panic attacks that have developed to disorder can be treated by behavioral therapies and medications. Medications are usually antidepressants, such as paroxetine and fluoxetine, which are known as selective serotonin reuptake inhibitors or SSRIs. Panic disorder can reduce the quality of life, and in worse cases lead to morbidity. Heart attacks need immediate medical attention and treatment.