My friend is suicidal - how to help? 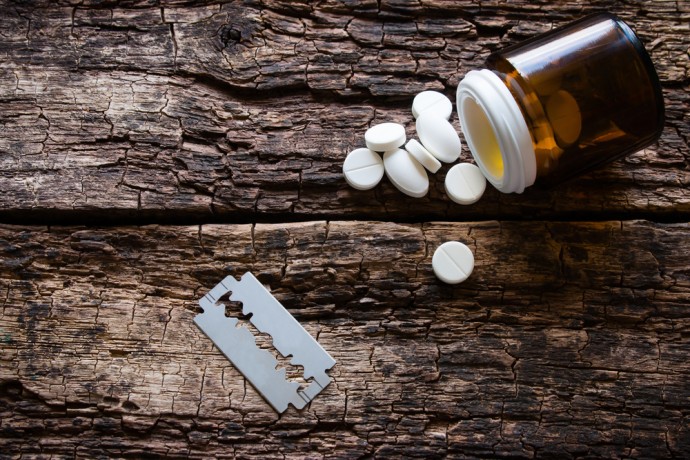 Have you got a friend who’s recently become withdrawn? Have their social media posts become unusually gloomy and philosophical, like “What is the point of living”, or “I am all alone”? Are they avoiding social interactions or favourite activities? Or maybe have they explicitly mentioned suicide to you? Our first instinct is to deny the fact that our friend can ever take their own life, and to treat any such threats as some kind of dark humour. However, boldly facing the matter and taking it seriously can be life-saving. What should you know about suicide?

Suicide is preceded by a series of warning signs. Many of them resemble “ordinary” depression.

Loss of interest in social life

Suicidal or depressed people tend to withdraw from contacts with family and friends.They’re in desperate need of a sympathetic soul, and yet they often discourage people from trying to get in touch with them. They send an ambivalent signal: “I need you”and “go away” at the same time.

Belief that “nobody understands me”

The aforementioned behaviour may have a lot in common with their believe that nobody really likes them, and nobody can understand what they’re going through. Many of them have in fact had some negative experiences - when their loved ones failed to show acceptance for their dark feelings and tried to “cheer them up” instead, or showed their helplessness through aggression. You’ll find more about talking to a suicidal person in “What to say to someone who is suicidal” section.

Crying, insomnia and eating disorders are common symptoms of depression, and shouldn’t be ignored. In our fast-paced lives, we often perceive tiredness or mood swings as normal effects of excessive workload, but can in fact be a forerunner of something worse. Also, a depressed or suicidal person often stops caring about their appearance.

Substance abuse often goes together with severe depression. Alcohol or drugs allow you to forget about all your problems and the helpless situation you’ve found yourself in. Also, you are more likely to put yourself into risky situations, such as substance overdose, thinking that you have reached the very bottom and have nothing to lose.

However, there is a difference between the typical symptoms of depression and those of suicidal thoughts.

How do the symptoms of depression compare to those of attempted suicide?

You should be particularly alarmed if your friend:

It is a MYTH that people who talk about suicide are not intending to do it. The truth is that many people who succeeded in taking their own life had informed their surroundings about their plans. However, they were not taken seriously or nobody was able to provide them with the help they needed. Under no circumstances should you ignore such information, even if it is uttered in a casual way. Your friend is asking you for help, don’t miss that signal.

However, the message will not always be direct. It could be phrased as follows:

Shows an unusual interest in death

Is putting his affairs in order

It is natural that before death we want to put our earthly affairs in order. Same goes for suicides. You should definitely be worried if you see your friend handing out their personal belongings or writing letters. It means they’re at an advanced stage of suicide planning and are now really serious about it. Don’t be misled by seemingly “normal” life that the person appears to be living - they may keep doctors’ appointments or run other errands hours before they’re planning to end their lives. The battle between life and death is fought until the last moment.

Suicidal thoughts can be triggered by two factors: a particularly hard life experience and/or psychological predisposition.

Breaking up with a boyfriend/girlfriend, death of a family member or a close friend, being fired from work - there are many life experiences that are hard to bear, particularly if your mental health is rather fragile. Men are more prone to suicidal behaviours in such situations, and young men (15-24 years old) are at an increased risk of trying to solve their problems through dying. To such a person, death seems to be the only way to free themselves from their sufferings.

Psychological profile of a suicide

People who have suicidal thoughts tend to live in fear and have a self-loathing mindset. They feel worthless, unattractive and incompetent. They often perceive the world in black and white; the situation is either wonderful or hopeless, someone is either gorgeous or an idiot. They are characterised by tunnel vision - their thinking is not very flexible. Because of that, problem solving is not their strong suit and they easily give up. Instead of fighting, looking for alternative solutions, they go straight to the “easiest” and the most dramatic one: death.

What to say to someone who is suicidal?

Once you’ve learned that your friend is suicidal, talk to them as soon as possible. Have a look at our dos and don’ts.

If someone is suicidal, DO:

If someone is suicidal, DON’T: