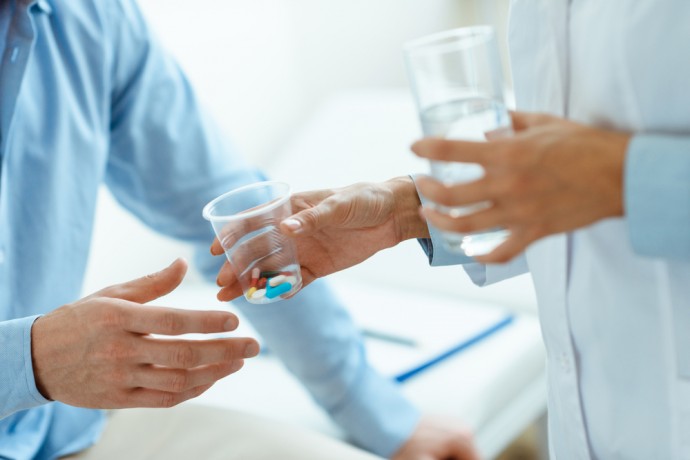 Depression is real, and it can be life-threatening if not treated early. Effective treatment requires accurate diagnosis, and depression can be really tricky with being found out because of its nature as a disease. There is no pain attributed to usual serious illnesses in most depression cases; at least such pain that blares off your warning bells and gets you walking straight to the doctor’s clinic. Even when depression hits alarming levels to the point that immediate medical intervention becomes necessary, the afflicted person can still disregard its existence and just blame it on the usual “feeling blue” moments that anyone can easily recover from in time.

Upon successful diagnosis, doctors are still needed to be mindful of the patient’s prevalent health conditions, behavioral make-up, and even diet and lifestyle before prescribing the right treatment meds and therapy. One reason is the complexity of processes involving biochemicals in both drugs and the human body that may null the expected and desired effects of medications prescribed, or in worse cases, cause complications for patients with serious kidney, heart, or liver disease. Some patients might also stress their need to function normally in the outside world, and as such will need depression medications whose side effects won’t interfere with their daily activities.

Depression Medications – What Are They?

Aside from psychotherapies such as Cognitive Behavioral Therapy (CBT) and Electro-Convulsive Therapy (ECT) that are recommended especially for patients with moderate to severe depression, the most common and immediate treatment prescribed by doctors to curb the condition and its ill effects is medication or intake of substances with antidepressant properties. Antidepressants are the most exploited treatment for depression, especially for severe levels that already wreak havoc in a person’s routine life. They are also the patient’s regular “to go to” when therapies and other methods failed to work.

Antidepressants are designed based on depression being a manifestation of biochemical imbalances in the brain. They have properties that balance these biochemicals known as neurotransmitters. Some depression medications have properties that target other causes of depression, such as nutrient deficiency, chronic stress, anatomic and physiological anomalies of the brain, and a weak immune system. Treating medical conditions that also cause depression, such as thyroid problems, is also expected to reduce depression symptoms. Mood conditioning drugs are also used for their antidepressant properties.

Antidepressants are mostly classified in how they function to correct the imbalances in the brain. This is done mostly by ensuring a steady or increased supply of neurotransmitters in the organ. Neurotransmitters are biochemicals that are linked to the brain’s mood, emotion, and pain threshold. Depression medications usually fall under the following categories:

SSRIs are actually the most prescribed of all depression medications due to their reportedly fewer side effects and less serious impacts in case of overdose. Drugs under this category are designed to correct the serotonin imbalances in the brain, primarily decreasing the reuptake of the said neurotransmitters. Examples of SSRIs are fluoxetine (brands: Prozac, Sarafem), citalopram (brands: Celexa, Cipramil), sertraline (brands: Lustral, Zoloft), paroxetine (brands: Pexeva, Brisdelle, Seroxat, Paxil), and escitalopram (brand: Lexapro).

MAOIs, just like TCAs, are one of the earliest depression medications. Due to their strongly unpleasant and detrimental side effects, they are rarely recommended unless by specialists and for special cases. They can also cause complications when taken with other medications and certain types of food, such as aged meat and cheese.

The most common example of this type of depression medication is the Bupropion (brands: Plenzin, Wellbutrin, and Forfivo). Known to treat seasonal affective disorder as well as aid in minimizing nicotine dependency, its unique antidepressant properties come from its ability to block the brain’s reuptake of both dopamine and norepinephrine. It is also reported to have the least side effects on sexual drive and performance.

NASSAs are commonly the next choice for patients with resistance to SSRIs. Their side effects are reportedly like SSRIs’ as well, but NASSAs are least likely to interfere with the patient’s sex life. An example of NASSA is mirtazapine.

This category is composed of drugs that treat depression by altering the activities of certain biochemicals in the brain and fixing their imbalances in the process. These substances, however, are not the first choice for depression medications, and only prescribed should the first-line treatment meds caused burdening consequences or didn’t entirely serve their purpose. Examples are:

How Long Before Antidepressants Work

Similar to most chemical drugs, antidepressants have different side effects that range from mild like nausea, headache, and dizziness, to physically debilitating like seizures, suicidal thoughts, and sexual dysfunction. An overdose of depression meds can lead to very serious complications, including death.

The general procedure when prescribing antidepressants is to start with the lowest dosage that matches the patient’s medical history. The antidepressant’s effectiveness is monitored in the course of one to two weeks, with regular checking if the desired results are indeed happening. The monitoring period is stretched to a month or couple of months, before safely deciding that the first choice failed to do its job, and asking a doctor for a change of prescription. The expected benefits of depression medications, therefore, do not happen overnight and may take a while to take full effect. Patients, however, may experience side effects even during the first weeks of taking antidepressants.

Sticking to doctor’s advice on the appropriate dosage and frequency of intake is absolutely important. Aside from the possible failure of the whole treatment procedure if the patient disobeys doctor’s orders, there is also the danger of developing withdrawal symptoms or worsening of unpleasant side effects.

How long a patient must undergo medication treatment for depression depends on different factors, primarily on the recurrence of the illness. Depression poses a risk of relapse. Patients need to stay on medication even if the symptoms have finally disappeared, usually for six months to a year, depending on the number of episodes they experienced. Cases that involve several episodes of depression, or a family history of the condition, may require a longer time of supervised medication and therapy.